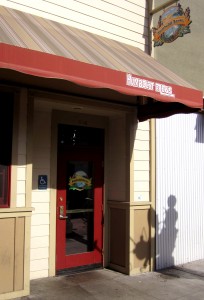 At that time, the majority of the employees formed Humboldt Brews LLC and opened for business in March 2004 as employee owned. In 2007 we had a major remodel to our building and at that time revamped our menu as well

In 2009, with the old Humboldt Brewing space still vacant, we added our HUMBREWS Next Door music venue and banquet room. On November 12, 2009, The Mother Hips played to a full room. Since then we have hosted many entertainers and have held countless of events establishing ourselves as one of the premier live music venues in the North Coast.

Humboldt Brews is looking forward to celebrating 14 years of business in March 2018!